Category: How To Guides 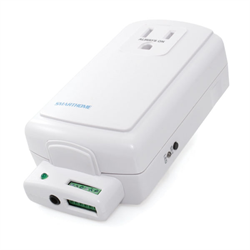 At first glance, it may appear that your gas fireplace is controlled by a 110V wall switch like the rest of the lights in your house.  It’s quite possible that the switch on the wall is the same.  But upon closer inspection of either the wiring or where it connects back to the gas fireplace
Read More

Wink owners frustrated by service issues and Quirky’s bankruptcy proceedings, are looking for alternative home automation controllers.  Let’s look at some of the current alternatives to replace Quirky’s Wink.  One key advantage to ALL of the Wink alternative controllers, is that while they are accessible from the ‘cloud’, they can work just fine if the
Read More

Here are some tips to protect yourself, your systems, and your web accounts from being hacked. Always and immediately change default passwords on your electronics, security and camera systems and automation controllers otherwise you’re asking to be hacked! Some systems will prompt you to change your administrator password as a reminder and you should take
Read More

We are regularly asked to control and automate line voltage 120V or 240V baseboard heating.  All of the readily available Zwave thermostats from major brands like Honeywell, RadioThermostat, Current Innovations, 2Gig or Evolve are designed for typical low voltage 24V heating and air conditioning systems. Edit:  as of 2016 we are now carrying a Stelpro
Read More

Normally we use WIFI for devices like smart phones or laptops, and if there is a momentary glitch in connection, it goes without being noticed.  But with a WIFI camera we tend to be streaming video which is bandwidth intensive on the local network, at least while we are watching or recording using an NVR.
Read More

We get this call… a LOT!  So you moved in to your new place and somehow managed to set off the alarm siren and now you don’t have the code to stop it.   And no this isn’t a guide for how to break in and disable an alarm. First of all, you’re going to want
Read More

At time of writing, there is no such thing as a 120V or 240V thermostat from any automation vendors – Insteon, Zwave or WIFI enabled.  But it is still possible to control baseboard heat using automation thermostats. Using your choice of low voltage automated thermostat, add a thermostat relay on the output of the thermostat,
Read More

We’re often asked how to control a remote light switch in a barn, shed, boat house or shop – from a switch in the house.  Assuming the remote building is fed from the same breaker panel, we have a simple answer for you.  The Simply Automated V3WAY is a kit containing 2 switches that are
Read More

Here’s the typical problem.  You have a light switch controlling a lamp or light.  But you’d like to control that same light from another spot.  Maybe a second entrance way to the same room, the other end of the hall, etc.  Having 2 light switches controlling one light is called a 3-Way in the electrical
Read More

We’re often asked what sort of wiring should be run for various applications, for a new home build, or a renovation in order to have a smart home or to future proof.   While building or during a renovation, you’re best to put in more wire than you think. Why? Labour is going to cost a
Read More